Ransomware Actors Set Up a Call Center to Lure Victims

Ransomware actors have taken a page from the playbooks of tech support scammers of yore by guiding victims to download malware using persuasion over the phone.

The technique was first spotted in February, according to Palo Alto Networks' Unit 41 research unit. But Microsoft is issuing a fresh warning about the campaigns, contending they're much more dangerous than it first realized. Microsoft calls the campaign "BazaCall."

"In our observation, attacks emanating from the BazaCall threat could move quickly within a network, conduct extensive data exfiltration and credential theft, and distribute ransomware within 48 hours of the initial compromise," write Justin Carroll and Emily Hacker of Microsoft's 365 Defender Threat Intelligence Team.

The end result may be an infection with Ryuk or Conti - ransomware believed to be pushed by a Russia-based group known as Wizard Spider and its affiliates. The DFIR Report, which publishes deep technical dives into attacks, on Sunday published a detailed rundown of a BazaCall attack that led to Trickbot malware being installed, and, eventually, Conti.

BazaCall campaigns kick off with a targeted spam email as a lure. The email may warn that an expensive subscription, such as one for a photo editing service or a recipe website, may be automatically renewed. More recent BazaCall emails purport to be confirmation receipts for a purchased software license, Carroll and Hacker write.

The emails only appear to be target people on a consumer-type way, but the attackers are interested in enterprise targets.

"It is likely that the attackers are using consumer-type lures because they're aiming this at a wide variety of people and hoping that many of them use their work emails for personal subscriptions," says Hacker, a threat intelligence analyst. 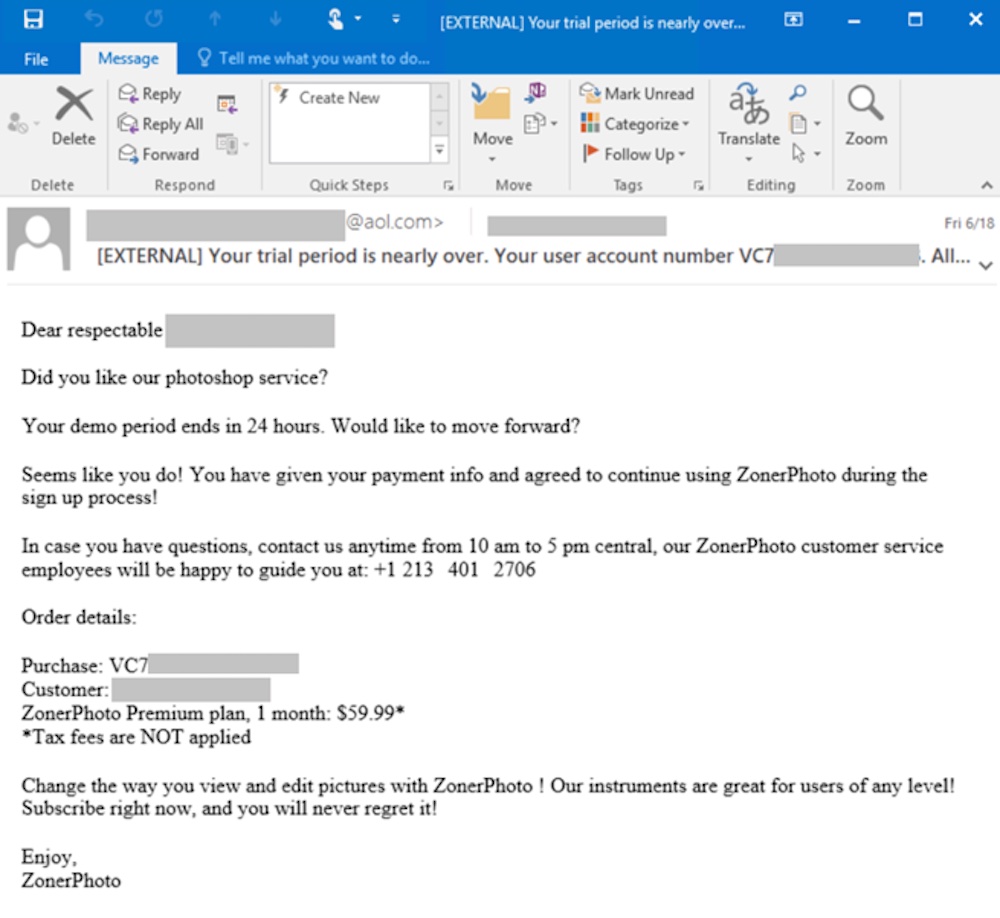 The emails implore recipients to call a number to cancel a recurring subscription, a ruse that leads to malware being installed. (Source: Microsoft)

The emails, however, contain no links or malicious attachments, which are triggers that send a message off to quarantine. The emails come from a different sender each time and are sent through free email services. The emails often purport to come from companies that are similar in name to those of real businesses in case people run a quick search.

The messages "instruct users to call a phone number in case they have questions or concerns," Carroll and Hacker write. "This lack of typical malicious elements - links or attachments - adds a level of difficulty in detecting and hunting for these emails."

Hacker tells ISMG the use of a call center may give the operation a greater air of legitimacy as people have become more alert about suspicious links and attachments in emails. Attackers may also achieve a "higher chance of success versus a traditional link or attachment-based phish, where the attacker is reliant on the user completing all necessary steps on their own."

An audio recording of a call to one of the BazaCall numbers was published on March 30 by Malware Traffic Analysis. The call center employee guides the victim to a website where they are directed to enter a subscription number.

Carroll and Hacker write that the subscription number or other numbers serve as identifiers to those executing and tracking the campaign.

The call center employee then guides the victim to a website that looks like a legitimate business. The victim is then instructed to download a file, such as an Excel spreadsheet.

In the audio call, the user is guided to enable macros after a warning is displayed. Eventually, the victim is told that their subscription has been successfully canceled, but instead, the BazaLoader malware has been installed.

The infected computer is then ready for the next stage of the attack.

The macro creates a new folder and copies certutil.exe, a legitimate tool, in that folder. Certutil.exe then connects to BazaLoader's infrastructure. Eventually, the malware retrieves a Cobalt Strike beacon. Cobalt Strike is a penetration testing toolkit, and its beacon is a tool for delivering payloads, issuing commands and performing tasks on a target's network.

"Now with direct access, the attacker performs reconnaissance on the network and searches for local administrators and high-privilege domain administrator account information," Carroll and Hacker write.

The attackers may then hunt around for Active Directory and then use AdFind, a tool for querying Active Directory. They may also try to pull a copy of the NTDS.dit Active Directory database, which includes user information and password hashes for all users in the domain.

In some cases, it appears the attackers are just interested in exfiltrating data. But in others, it's ransomware time. The time span between the initial compromise and when ransomware is deployed may be as little as 48 hours, Carroll and Hacker write.

"In those cases where ransomware was dropped, the attacker used high-privilege compromised accounts in conjunction with Cobalt Strike’s PsExec functionality to drop a Ryuk or Conti ransomware payload onto network devices," Carroll and Hacker write.

Kirk is a veteran journalist who has reported from more than a dozen countries. Based in Sydney, he is Executive Editor for Security and Technology for Information Security Media Group. He's the creator of "The Ransomware Files" podcast, which tells the harrowing stories of IT pros who have fought back against ransomware, the greatest crime wave the internet has ever seen.

Enabling Government for Modernized IT 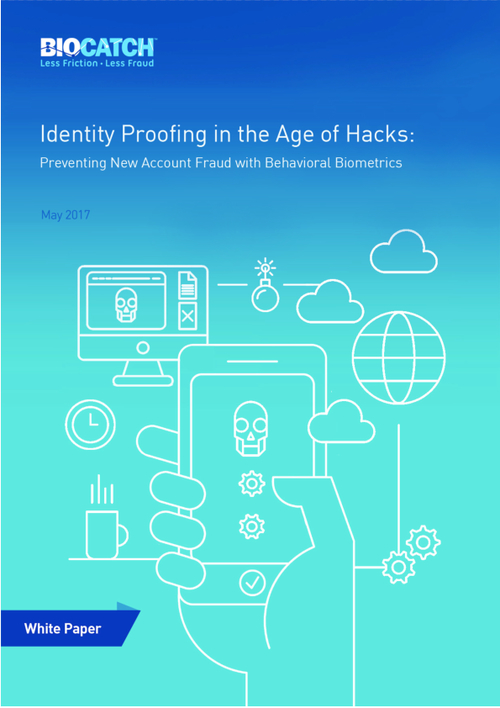 New Account Fraud and The Need For Behavioral Biometrics

Ransomware Actors Set Up a Call Center to Lure Victims